Click on your area of choice on the map below to see the 1:250,000 scale topo map. You can then navigate through to 1:100,000 scale and 1:24,000 scale maps for all 48 contiguous U.S. states. These maps are available for online viewing, and purchase as USGS paper maps, and digital collections of map images on DVD. 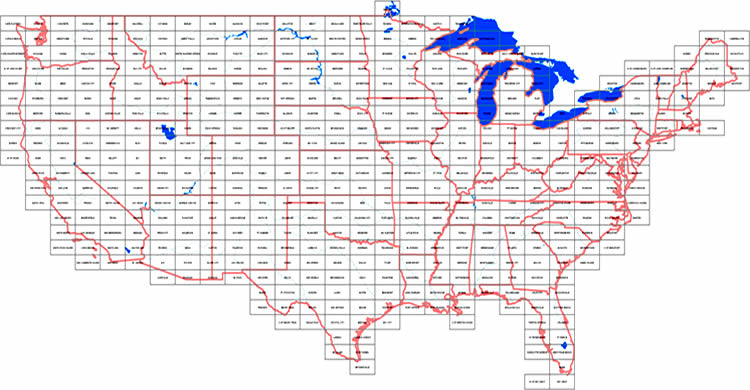 The United States Geological Survey (USGS) topographic maps which you can view here online are available on regular paper and waterproof material, starting at $8.95.

Paper maps are available for all scales.

Maps at 1:250,000 scale cover a large area and give a good general overview of topography and populated places. The contiguous United States are covered by a total of ca. 470 maps at this scale. This smaller scale is often used for canoe expeditions, or other activities where great distances are crossed, while high terrain detail is not necessarily required.

1:24,000 is the primary large-scale topographic map series published by the United States Geological Survey. These maps show high terrain detail, and are very useful for all sorts of applications and outdoor activities. In some rare areas, these maps are published at 1:25,000 scale and cover roughly the size of two 1:24,000 scale maps. You do not have a choice between the similar scales of 1:24,000 and 1:25,000 - each area is covered by either scale only. There are more than 53,300 maps available at these scales for the contiguous United States.

Purchase collections of thousands of digital topographic maps on Data-DVD. The maps are Digital Raster Graphics (DRGs) produced by the U.S. Geological Survey (USGS). The map images found on these disks are in GIF image format at a scale of 1:24,000 and 1:25,000. 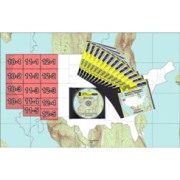 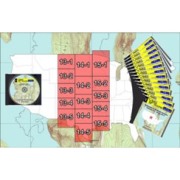 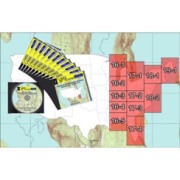 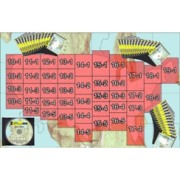 Click through the map below to purchase specific Topo DVD volumes. 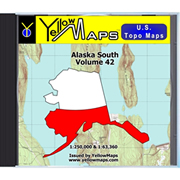 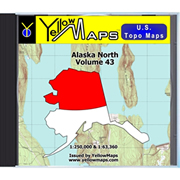 Hawaii topographic maps are not currently available on this website. However, you can contact us directly to obtain map indexes and buy these paper topo maps from us. 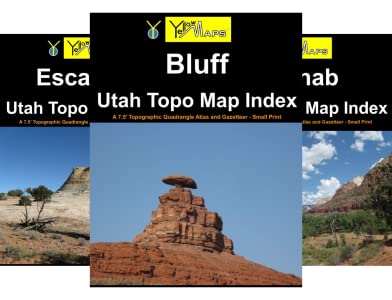 Get our printed paperback atlases for the state of Utah, each containing 32 historical USGS topographic 7.5´ quadrangle maps of an area identical to the area covered by a 30´x60´ map sheet of the 1:100,000 scale map series.

The atlases serve as an index to finding and previewing 7.5´ maps, along with QR codes and website URLs for downloading or ordering full-size print copies of said 7.5´ maps at 1:24,000 scale. Each atlas also includes a gazetteer.